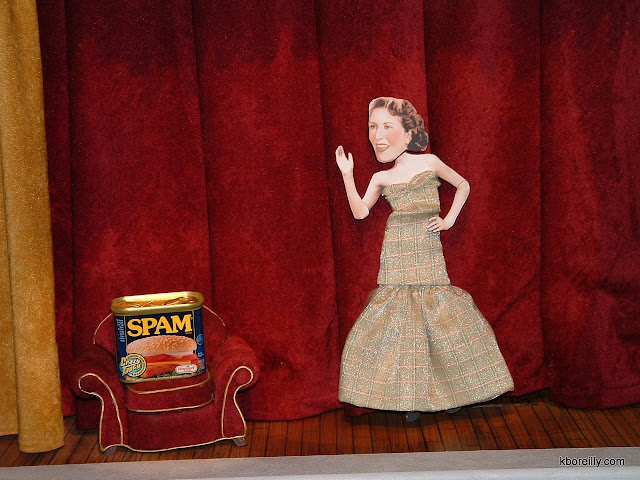 If you’ve ever thought to yourself, “Self: Where can we go to see a can of SPAM in a puppet theater production?” the answer is the SPAM Museum in Austin, Minn.

Just take a right at the Hormel Food Plant, follow the smell of pork shoulder around the curve and onto SPAM Boulevard. To see more of the SPAM Museum courtesy of my trusty digital camera, click here.

UPDATE: Here’s Google’s satellite image of the area where the museum is located, but notice that if you try to zoom in any closer Google says that it doesn’t “have zoom imagery at this zoom level for this region.” Is SPAM HQ some kind of nuclear secret?

I did learn that during World War II, when 95 percent of SPAM produced was going straight to the war effort, the Hormel plant was heavily guarded and considered a national security site. Perhaps it’s deja vu all over again.